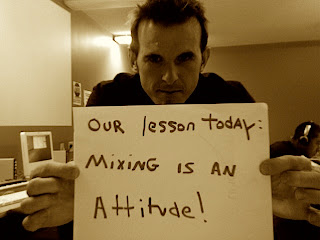 Creative Writing
Posted by Neal at 9:56 AM No comments:

Quick shot of transition about 7am. About 600 total racers. I'd call this a medium sized race. I saw one racer who was 8 years old and another who was 71! 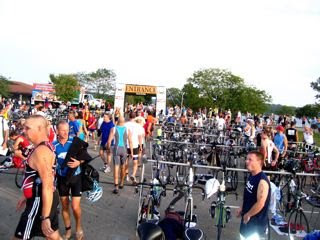 The leaves are just hinting at the oncoming color explosion, the
nights are much cooler and the last triathlon of the Ohio season is
recorded. It's been an interesting and invigorating summer, as this
is my second full season of triathlons. All told, I completed 5
races; 2 Olympics (1.5k swim, 40k bike, 10k run), 1 half (cancelled
swim, 56 bike, 13.1 run) and 2 sprints(1k/20k/5k). But those are
just the races.

I trained 5 or six days a week most weeks this summer. I had days
when I wanted to train hard and other days where the idea of running
or swimming seemed ludicrous. 50 mile bike rides are comfortable and
running an hour straight is a "medium" workout. I'm stronger and
leaner. I even got a bit faster, especially with my running. I like
how I feel and I'm even starting to like how I look.

I pour over Bicycling or Outside magazines and training bibles.
Watching the Tour de France was "must see" TV. I sold off some audio
gear to buy a new bike. My two hour bike fitting was another great
purchase. I've got my spandex shorts for my serious rides and I've
got my race outfit. I'm not obsessed but I am interested.

About four years ago, I considered seeing a nutritionist because I
was sluggish and tired. What was I eating that was making me tired?
Coincidentally, this was about a year after my ACL knee surgery. My
weight had climbed to 205. I've still got the number written down on paperwork at the
YMCA. Two oh frickin' five! Ugh. This morning, I weighed 166.5, the
lowest number I've seen, probably in twenty years. This can only be
beneficial, not only for me, but for my family.

I'm not saying the idea of an occasional nap doesn't bring a smile to
my face. . . or that I haven't had more than my fair share of ice
cream. But I know that I've earned it.

Here's just a few photos from my last race. Hurricane Ike didn't
deliver us rain, but a crazy 6 hour windstorm. 20mph winds with gusts
up around 60mph. Our power was out for a total of 51 hours and there
are still tens of thousands who still don't have electricity.

The swim was incredibly choppy due to the wind. No whitecaps, but it
felt like a speed boat kept racing by us, and we were swimming in
their wake.

The bike was tough. There are only 2 hills and it's incredibly flat.
But the wind . . . Wow! Of course, it was only at my back for the
short stretches, where reaching speeds of 27 or 28 mph was easy. Just
pedal and the wind will take you. But biking against the
wind . . .UGH!! That's tough and unrelenting. With the course on flat
back country roads, there was no hiding. Suck. It. Up. I was just
glad I was doing the shortest course.

And the run. Again flat and you wouldn't think the wind would be a
concern. You're only running 5 or 6 or 7mph, wind resistance doesn't
kick in until about 17mph, right? Today, you'd be wrong. Another
wow! Plus, my legs felt wasted from the pounding on the bike AND I
probably didn't have enough food in me. Excuses I know but I couldn't
push like I wanted. It just wasn't in me. I also know I'm just not
that mentally tough on the run. Me and running, we're tolerant
friends, but I know what I need to work on.

Coffee by candlelight. I manually ignited the gas stove and luckily I
have a French press to make my morning cup. Mmmmmmm. 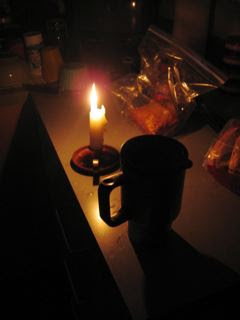 Still in the dark at 6am, getting my bike off the car rack. 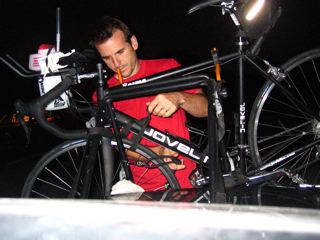