The results for the Wendy's Tri are posted. I have a few questions about their validity but we'll go with results as posted.

(First - there's some questionable times/places represented on the overall list. For instance, someone whose swim time is logged as "blank", rode at 19.9mph and ran a 9:11 mile is third overall? I don't think so. There's at least one more questionable time)

Swim - long wait times between waves. I'm ok with that though, thinned out the crowds and made for an easier swim. 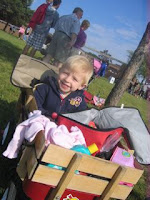 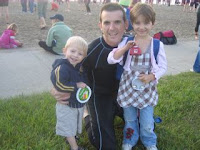 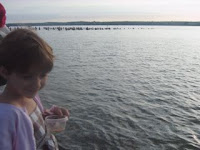 I had thought this swim through last night laying in bed, so I was mentally prepared. My plan was to count strokes to 200. Take them nice and easy and take as many breaths as I needed - really without regard to racing. I wanted to avoid any sense of stress or panic and that's exactly how it went down. I think I got to about 150 and felt great. On one breath, I gulped a ton of water when I was supposed to be breathing air due to a splashy swimmer next to me, but one stroke of breaststroke and I was back underway.

Once I settled in, I was able to concentrate on my stroke, on breathing, pulling, reaching - all of the necessary items for a good swim. My sighting went well and I feel I swam a pretty good line, especially for as little pool time as I've put in.

Improvements: 1) Getting over the first race hurdle without any stress or panic is huge.
2) More time in the pool. This is tricky cos I'm usually training for longer swims, not shorter sprints.


T1 - getting a wetsuit off my ankles never goes easy. sigh. I had mentally planned T1 when I set up and that worked really for me. Helmet, glasses, socks - shoes were already on the bike.

Bike - I really felt I put everything in to this bike. I got passed by about six riders, otherwise, I was passing a lot. Nice rollers, no huge hills. Two very touchy turns though. I scrapped a pedal on one and felt my back tire skid on another. Whew!

I had not ridden this course before, so I didn't really know what to expect. I don't think I really left anything out on the course.

T2 - I thought this went well. Shoes were left on the bike, speed laces were in my running shoes but not until late last night.

Run - Obviously to me, this is my weak link. Where I can push and grind and burn my legs on the bike, I'm just not at a point where I can send my body into overload on the run. The run starts with a several hundred yard run on pavement before it heads onto the grass and into the woods. I quite enjoyed this trail running. Sharp turns, rolling gradient - makes for an interesting run at least. This didn't last long though as the run pops out on the Alum Creek dam, for the rest of the out and back. Seeing the first mile marker sign was pretty uplifting. I had just got my legs feeling normal, so I know I was able to push just a little bit. My half marathon pace is over a minute slower. Hm? I caught up with COTT Pres. Stephanie on the run. Didn't have much to say so I know I was running at least fairly hard. Also caught someone in my age group and 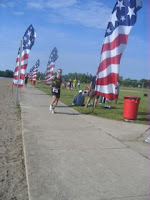 Improvements: My routine is to settle in for a comfortable run, rather than pushing my heart rate, pushing my lactate threshold.

Bonus Feature Food Item at Finish Line: Yellow watermelon. Odd - tasted like regular watermelon but it was a pale yellow rather than pink/red. yum.
As CL says, "Holden is done." 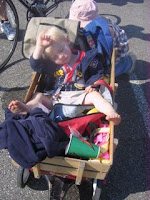